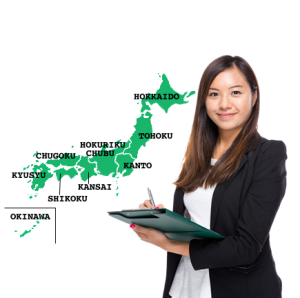 Chinese language is unique as well as quite tricky, which makes the process of English to Chinese translation very demanding and challenging. Contrary to other major languages, more than one lettering system is used for Chinese. Those living in Mainland China prefer using Simplified Chinese or Mandarin, while those who live outside Mainland China use Traditional Chinese. An English to Chinese translator would have to take this into account by getting clarified at the beginning of a translation project as to where the translated document is intended to be used. When a language translator is working on a colloquial translation, it is critical for him/her to include characteristics that are peculiar to the form of Chinese used in that particular region.

Most of the dialects spoken in and around Northern and Southwest China come under Mandarin. Altogether, Mandarin has approximately 885 million speakers. But significant differences exist between the speakers of Mandarin who come from different regions. These differences result in substantial variations in pronunciation, vocabulary and grammar.

One of the most challenging aspects of mastering the Chinese language is the presence of a huge number of characters. You will find up to 56,000 characters in the most comprehensive Chinese dictionary! However, those many characters are fortunately not used regularly. Depending upon the medium or subject, some 3,000 to 6,000 Chinese characters are in regular usage. But English to Chinese translators should also be aware of the new characters that are created according to requirements.

The use of syllables is another important issue in Chinese Language. Mandarin has significantly more poly-syllabic words than any other dialect of the Chinese language. The language translator should be aware of the character associated with each syllable.

This is just a small sampling of the intricacies of Chinese language. If you are looking for English to Chinese translation experts you should check out online language translation sites, many of which offer beneficial deals. You can locate a good bargain for yourself by asking for translation quote from a few reputed translation companies. The translation quote would give a fair idea of which company would suit your requirements perfectly.